In Agile Cooking, Chris King (b | t) describes the process of making sourdough bread at home. By comparison with agile software development, he laments the waterfall nature of making a loaf of bread. I loved the article, but I disagree with his conclusion. I’ve been trying to make bread every week or two for the last year. My first…

In Agile Cooking, Chris King (b | t) describes the process of making sourdough bread at home. By comparison with agile software development, he laments the waterfall nature of making a loaf of bread. I loved the article, but I disagree with his conclusion.

I’ve been trying to make bread every week or two for the last year. My first attempts were, well… 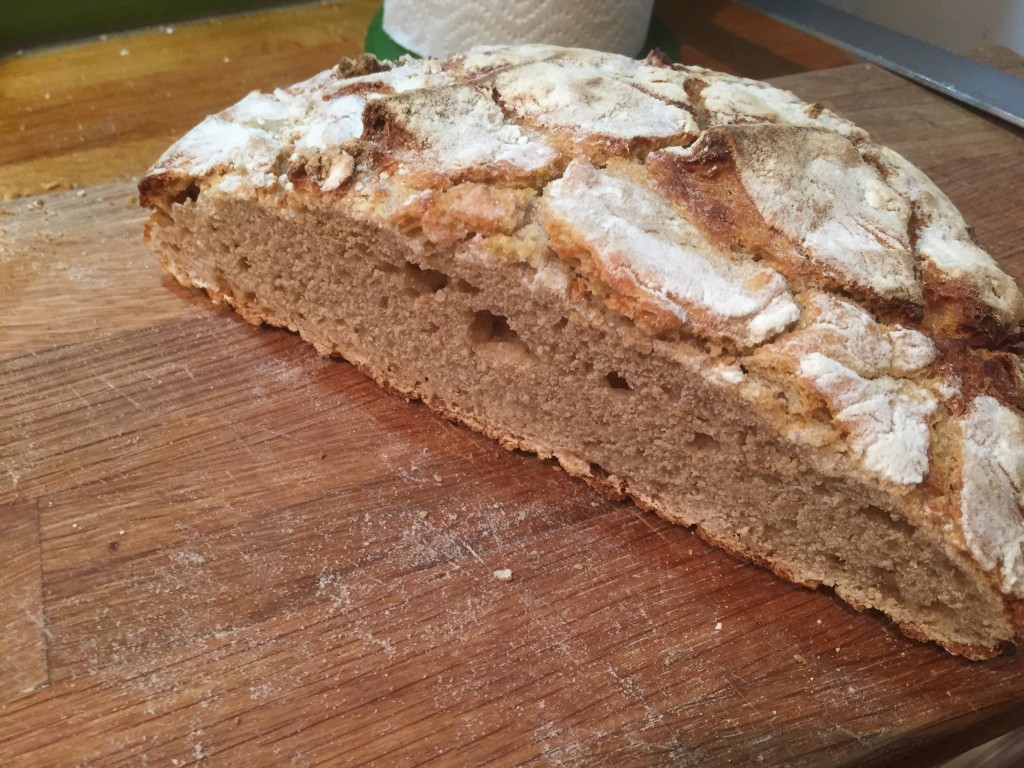 A year on, and my most recent loaf started off on Friday morning – a couple of minutes preparing the starter before work. Then in the evening, I mixed the dough for the bulk fermentation. 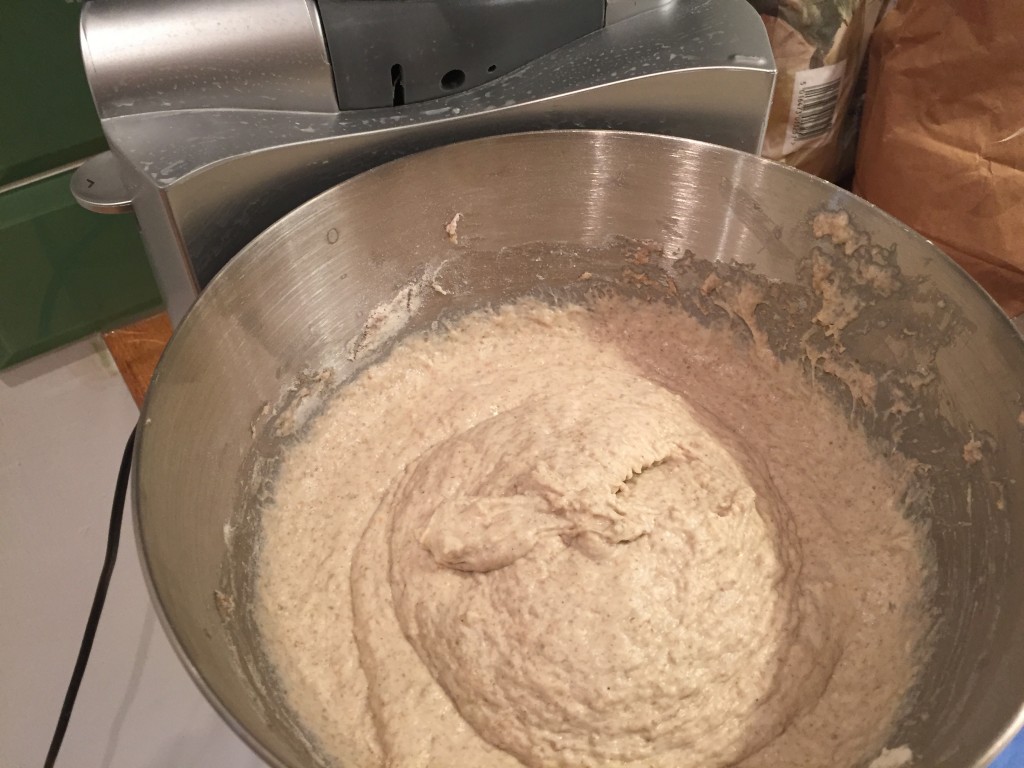 By Saturday afternoon, bulk fermentation was over and the loaves were ready to be formed. 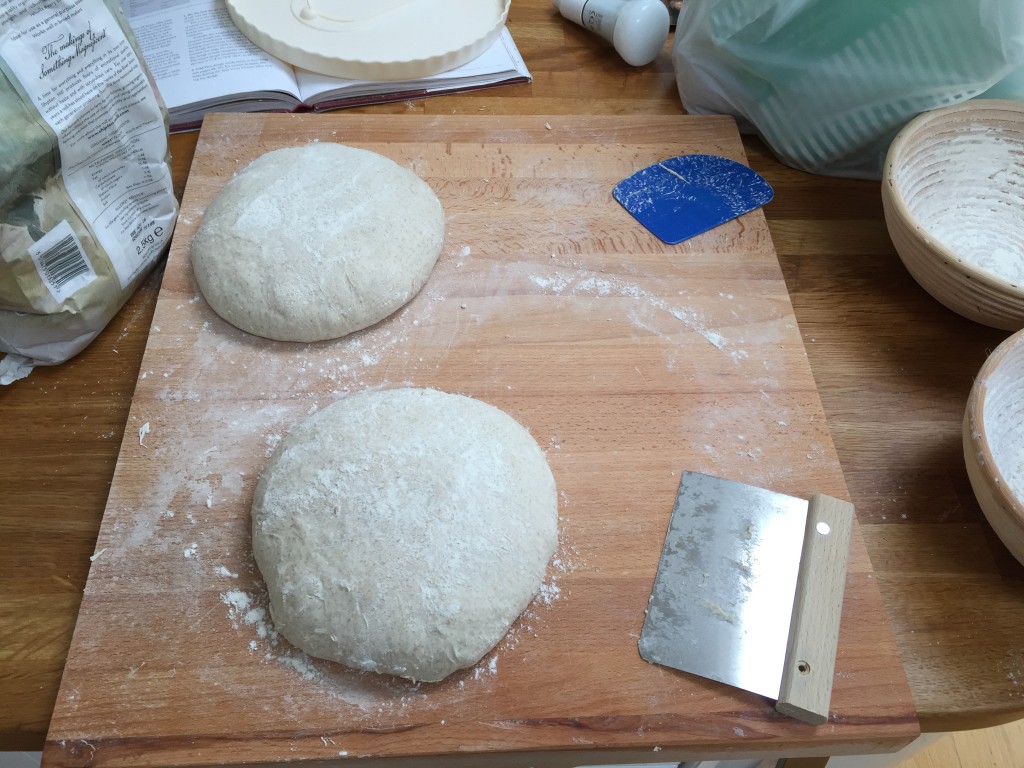 Finally, 36 hours after I’d started, the bread was out of the oven. A bit of an improvement on my first attempts. 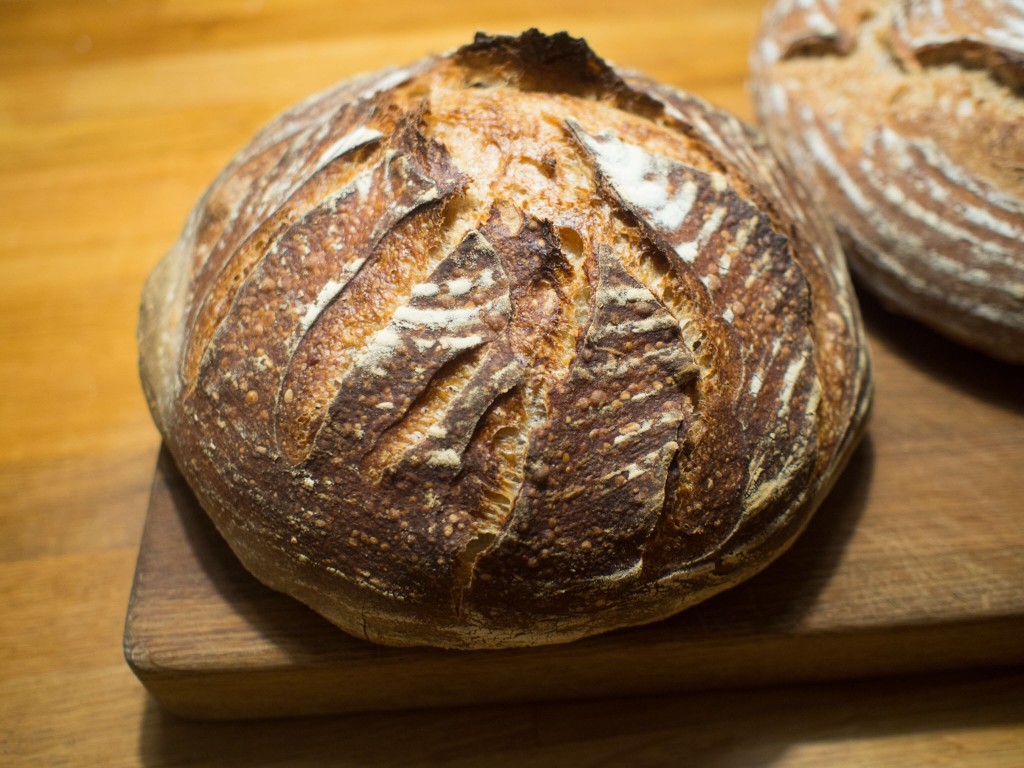 I agree with Chris that there’s always a nervous moment a couple of hours after the bread has finished cooking (when it’s all too late) – only by slicing into the loaf you really discover how it’s gone. But I believe that “having nice bread” is almost a side-effect of why we bake. I could buy a better loaf from a number of convenient locations for the same amount that it would cost me to make it, and with much less hassle. This isn’t why we do it.

We do it to gain mastery of the process of bread-making. And it’s bloody hard, and there are many ways to go wrong, so it’s a difficult job. But by trying and trying and trying, we gradually get better and better. Each time, we improve technique, source better ingredients, acquire better tools, develop a more intuitive sense of what’s working and what to do if the temperature’s a bit wrong, the dough’s a bit flaccid. We (and our families) become more discerning. When we bake, we’re trying to apply everything we know to making a better loaf of bread next time around.

And this is agile.

We favour individuals and interactions over processes and tools. I use a domestic oven and have spent less than £50 on equipment and utensils. It’s not about buying expensive mixers, proofing chambers or other bits and bobs, and the need to invest in this stuff is identified by doing, not by building big shopping lists of kit.

We favour working software over comprehensive documentation. Your family can’t tell what the bread’s going to be like by looking at a photo in a book or reading a recipe. Bake the bread, eat it. Figure out what you liked and didn’t like. Use that to build the spec of the next loaf.

Responding to change over following a plan. This happens when you’re baking (tweaking the duration of the bulk fermentation if it’s colder or warmer than normal) and when you’re thinking about the next bake (“It would be really nice if we had hot cross buns this weekend”).

Thanks to Matt Ballantine (b | t), whose re-tweet brought Chris’s original post to my attention.