I bought the Apple Watch for three reasons: I had a FitBit. I was motivated by step-tracking and other quantified self measurements. The FitBit I had (the Force) was subject to a recall. Then it disintegrated. So I returned it and got my money back. And wanted to replace it. My schedule is complex. I…

I bought the Apple Watch for three reasons:

So how’s it going?

Fitness and the Quantified Self 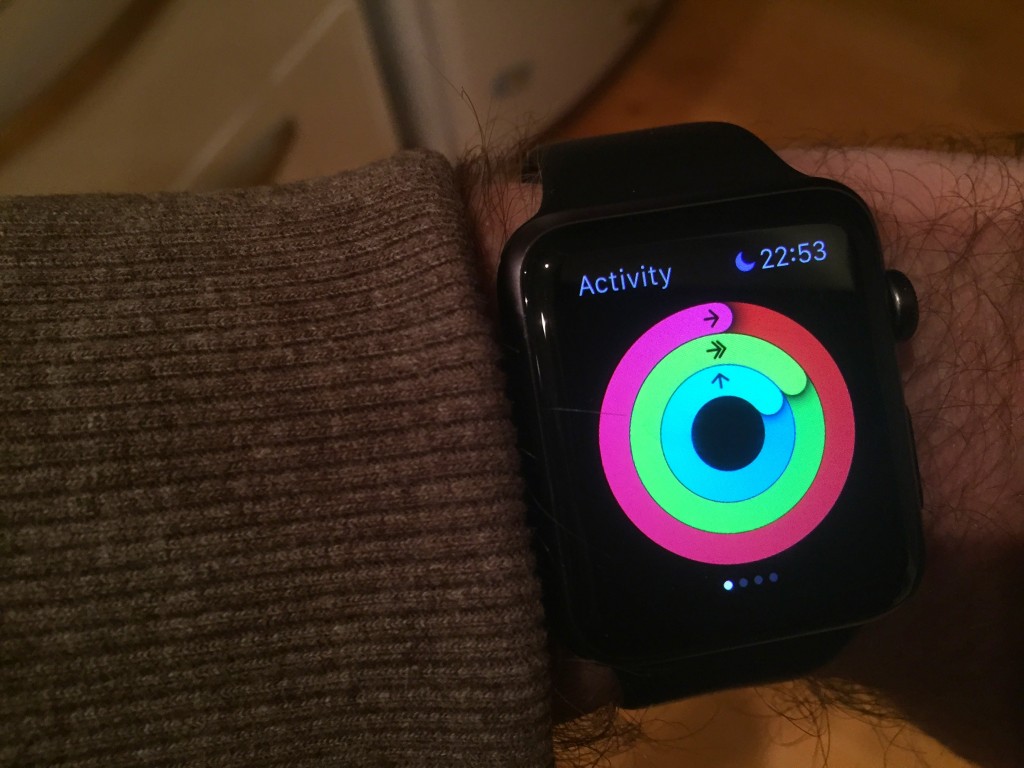 That’s the feature list. But is going to make me fitter than a FitBit – quicker?

I’m hopeful. Because of notifications.

The FitBit tracked useful metrics and it provided nice mobile and web apps to track your progress. But the notifications were lame. As calls to action, they’d occur at the wrong time and in the wrong way.

The Apple Watch uses haptic alerts. They’re described as a tap on the wrist – but really they feel like an old-fashioned reception desk bell gets together with a jackboot wearing butterfly, in order to tango your freckles. In a good way.

Your wrist pings. Your watch says “Stand up and walk around for a minute”. You do it.

Your wrist pings and tells you you only have 3 more active minutes to bag to reach today’s target. You walk downstairs for a coffee and then back up.

Your wrist pings and tells you that you still have 100 calories to burn to reach today’s target. You go for a ten-minute walk. It’ll capture your movement and your increased heart rate anyway but just in case you want to record it: 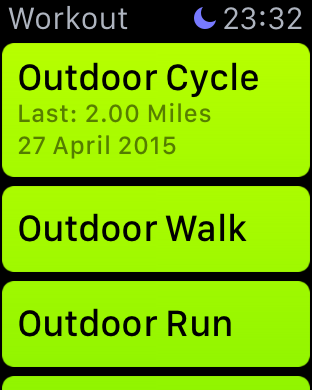 It’s much, much easier to initiate these things than getting your phone out of your pocket, firing up Runkeeper and recording some activity. I think this makes it more likely that you’ll do it. The Fitness app pushes you to achieve three targets every day – 30 minutes of activity, 12 discrete hours in which you’ve stood for one minute, and an overall calorie burn target. It pushes you to complete this set of concentric rings: 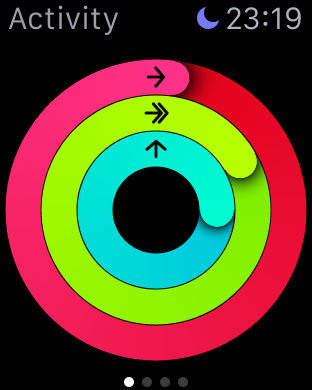 The proof of the pudding will be, er, the elimination of the effects of the pudding. Apple needs to produce a much better iPhone/iPad app, and they also need a desktop or web app. They need to introduce the competitive, social, gamification elements. And the other fitness tracker business need to find a way for their apps to integrate properly on to the platform (MyFitnessPal food entry via the watch?). But I’m heartened by this start: 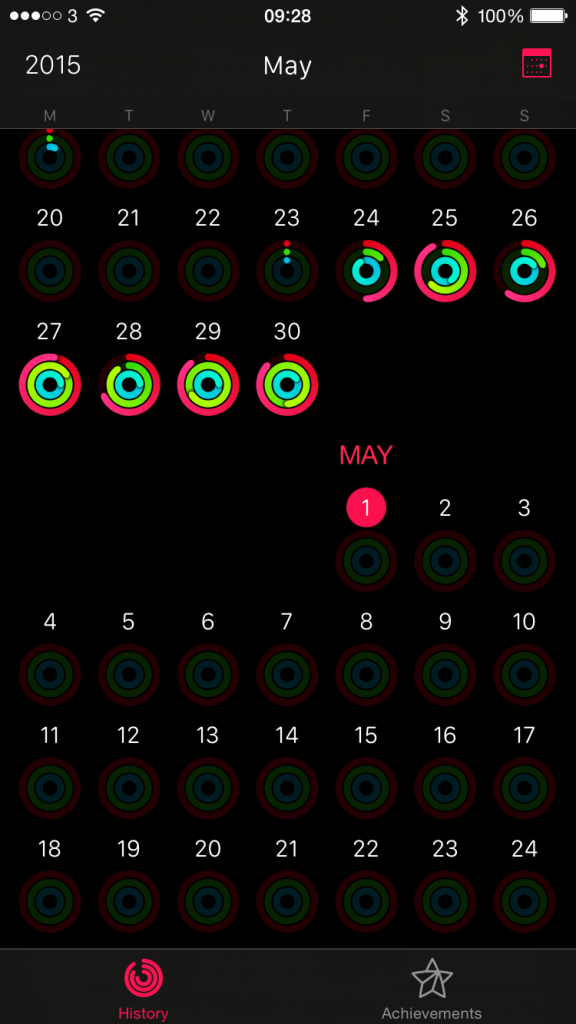